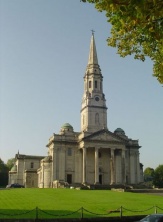 The bishops of Northern Ireland noted their alarm Wednesday at the British parliament’s passage of a bill that will legalize abortion and same-sex marriage in the region, highlighting the value of human life and the importance of devolution.

The House of Lords approved the Northern Ireland (Executive Formation) Bill July 17. It had passed the House of Commons the week prior.

“With the thousands of others who have voiced their concern in recent days, we wish to express our alarm at the unprecedented way in which the Westminster Parliament has used the Northern Ireland (Executive Formation) Bill to rush through legislation which will have a devastating impact on the right to life of unborn children,” read a July 17 statement from the four bishops whose dioceses include territory in Northern Ireland.

“The equal right to life, and love, of a mother and her unborn child is so fundamental to the common good of every society that citizens deserve the fullest participation in the democratic debate about the legislation which governs it. This also applies to decisions regarding the nature of marriage.”

They noted that “what is happening in Westminster during these days recklessly undermines this fundamental right of citizens and the principle of devolution at the heart of the Good Friday Agreement. It should be a matter of grave alarm for every citizen in Northern Ireland and all who cherish the right to life as the most fundamental of all human rights.”

They noted that “what is happening in Westminster during these days recklessly undermines this fundamental right of citizens and the principle of devolution at the heart of the Good Friday Agreement. It should be a matter of grave alarm for every citizen in Northern Ireland and all who cherish the right to life as the most fundamental of all human rights.”

The bishops urged prime minister Theresa May and her government “to move to overturn this hijacking of the Northern Ireland (Executive Formation) Bill for purposes for which it was never intended and to uphold the right of citizens in Northern Ireland, under the Good Friday Agreement, to decide these matters for themselves.”

They also asked that citizen in Northern Ireland “give expression to their commitment to the care of every mother and unborn child by asking their political representatives to ensure the equal right to life is upheld in our devolved legislation.”

The Northern Ireland (Executive Formation) Bill and its amendments legalizing abortion and same-sex marriage will take effect only if the Northern Ireland Assembly, which has been suspended the past two years due to a dispute between the two major governing parties, is not functional by Oct. 21.

The bill is meant to keep the region running in the absence of a functioning devolved government.

The House of Lords approved the amendment liberalizing abortion provision in Northern Ireland by a 182-37 vote.

May’s government has said there will be an eight to twelve week consultation period to discuss how abortion provision is to be implemented.

The upper house also passed an amendment delaying the introduction of same-sex marriage in Northern Ireland until January 13, 2020, allowing “the government and the Northern Ireland civil service more time to make necessary changes to legislation as well as the essential operational changes.”

Lord Tebbit said the bill had been introduced poorly and was “fatally flawed,” calling for devolution to be repealed and for Westminster to “take over in an honest manner.”

The bill returned to the Commons July 18, where an amendment was added meant to keep a new prime minister, due to be announced July 22, from suspending parliament to push through a no-deal Brexit.

“We urge all parties in Northern Ireland to do the decent thing and resist this undermining of devolution by Westminster and return to the table before 21st October in order to stop these dangerous abortion amendments,” Parsons added.

Liam Gibson, a SPUC representatives in Northern Ireland, said, “it is outrageous that MPs and peers from England, Scotland and Wales cared so little for the rule of law that an overwhelming majority were prepared to disregard the right of the people of Northern Ireland to maintain legislation which has saved the lives of over 100,000 children since 1967.”

He stated: “By ramming abortion on demand down our throats Parliament has torn-up the devolution settlement and is treating Northern Ireland as a colony.”

Michael Robinson, another SPUC representative, commented that “Upon leaving office next week, Theresa May will only be remembered as the Prime Minister who undermined devolution in Northern Ireland and ushered in one of the most ruthless abortion regimes in the world. Anyone who values human life must urge the new Prime Minister to refuse to implement this inhuman and unconstitutional law.”

May said in the past that abortion should be a devolved issue for Northern Ireland.

Abortion and same-sex marriage are both legal in both the United Kingdom and the Republic of Ireland. Elective abortion is legal in the rest of the United Kingdom up to 24 weeks, while currently it is legally permitted in Northern Ireland only if the mother’s life is at risk or if there is risk of permanent, serious damage to her mental or physical health.

Bills to legalize abortion in cases of fatal fetal abnormality, rape, or incest failed in the Northern Ireland Assembly in 2016.

Bills to legalize abortion in cases of fatal fetal abnormality, rape, or incest failed in the Northern Ireland Assembly in 2016.

Northern Irish women have been able to procure free National Health Service abortions in England, Scotland, and Wales since November 2017.

The abortion amendment was introduced by Stella Creasy, a Labour MP who represents a London constituency. Earlier this year Creasy intended to propose an amendment to a draft Domestic Abuse Bill that would give the British parliament jurisdiction over abortion laws throughout the United Kingdom. However, the bill’s scope was restricted to England and Wales by the Conservative government.

Creasy also introduced an amendment to the Northern Ireland (Executive Formation and Exercise of Functions) Act 2018 to repeal Northern Irish law on abortion and gay marriage, which was defeated.

Anti-Abortion Group Falls Short On Signatures For Ballot Proposal In Colorado, Will Try For More

Jewel Has Learned To Calm Her Panic Attacks And Retrained Her...

Parasite From Cat Litter May Give You Personality Disorders, Schizophrenia, More

‘The Situation’ speaks to addiction patients during pandemic

GOP to Target Democrats Over Fanaticism on Late-Term Abortion, Infanticide