‘If food, water and oxygen are the second, third and fourth most essential items for man, Disney musical numbers are surely the first’ 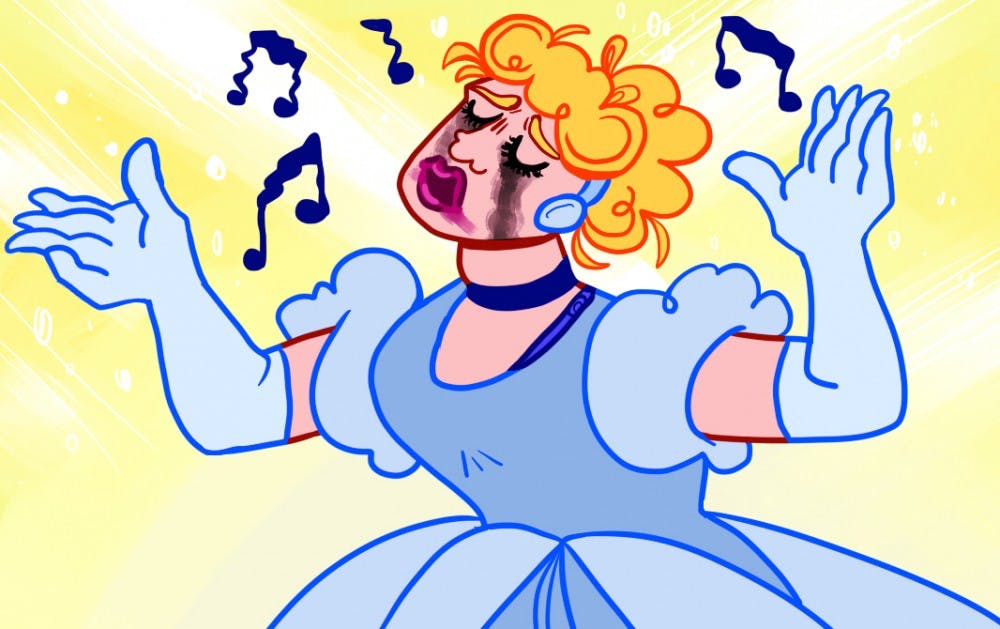 By Camden Beal |
1 hour ago

I have a confession to make, and it’s a bad one.

It’s rather an obsession. An obsession with lip-syncing a specific music genre — a fantastical musical genre. I can’t stop singing Disney show tunes.

If food, water and oxygen are the second, third and fourth most essential items for man, Disney musical numbers are surely the first. But despite my undying love and obsession for these melodic masterpieces (and my pride in being able to belt the high note from “Part of Your World”) I feel slightly ashamed of these interests.

Music has been a core part of my life since I began taking piano lessons 10 years ago. Since, I’ve played a wide variety of pieces from Mozart to Chopin to Prokofiev, but the domain of contemporary music — specifically contemporary music written for film — was taboo within the classical music world I inhabited. My days were spent with long hours at a practice bench hammering away scales, exercises and Chopin’s set of etudes until my tendons burned like fire and my mind turned to mush.

Disney songs provided me with a refreshing sense of relief from the often dreary clouds of classical perfectionism. The deep, airy flow to them; the characteristic yearning for a better life; the powerful stories of triumph through fear and pain.

Take “Reflection” from Mulan — my all-time favorite song from a Disney film. A central theme to the film is the idea of unbridled perfectionism, its place in Mulan’s family and culture and the power it holds over her.

“Reflection” provides such clear proof of the harshness of the world Mulan lives in. The lush orchestral accompaniment and the wondrous vocal cadences sung by Lea Salonga make it a true showstopper. It’s heartbreaking, emotional, motivating and moving all within a short two-and-a-half minute block, and after my first listen I was hooked.

The moment “Reflection” plays on my old car stereo, years of memories start dripping out of my psyche like molasses out of a shattered porcelain ramekin. I recollect them with the trenchant visual acuity of an oracle: my first piano competition; the misdeeds and regrets of a first love; the distort, black silhouettes of a family I’ll never see; my face in the mirror, looking up into the dark brown eyes reflecting back.

It’s painful at first, but the instant the main chorus hits I feel whole. I can relate to — no, I live — the constant emotional tension stemming from the dual personas Mulan lives. While mine might not be based on filial piety and ancient customs, the pain I feel is no different.

Listening to “Reflection” provides me unclouded, pure catharsis and a momentous lifting of the spirits; it’s a transformative experience for me and part of my weekly routine. Mulan’s honest lament of her struggles with forming her own identity became a way to salvage an image of my own, and I’d be a doggone liar if I said it wasn’t in a spectacular musical fashion.

Since the first plunge into my addiction to Disney show tunes, I have developed my repertoire tremendously. Though often seen as comical at face value, Disney tunes provoke thoughts of deeper, more human values that traverse both country and culture.

For me, the jovial optimism and outright togetherness I feel when singing my heart out to a Disney tune is enough for them to hold their place in my daily routine. Cartoon heartbreaks, outlandish musical numbers and fairy tale endings are all I need to get my daily fix, and I am adamant and firm on never cutting back — no matter the imaginary consequences.

Moving Gastric Bypass for Severely Obese Adolescents into the Mainstream

ADHD and Me: Breaking the Stigma

Snag this teeth whitening kit on sale ahead of Black Friday

Future Prospects of Teeth Whitening Market by 2026 with Top Key...

Alamosa News | Amarah’s Corner: Prevention of disease and overdose in...