Nurses have called for prescription charges for asthma patients in England to be scrapped because they say the cost of medication is putting lives at risk.

A survey of nearly 800 UK healthcare professionals, including more than 600 nurses, found the vast majority were in favour of doing away with prescription charges for people with asthma.

Nurses in England said many of their patients struggled to afford inhalers and other medication that helped keep the condition under control and they had seen the harmful impact.

Many said patients had suffered asthma attacks or required emergency treatment due to skipping doses because of the cost. 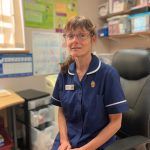 The survey findings and first-hand accounts from nurses feature in a report published by Asthma UK with the Royal College of Nursing, Association of Respiratory Nurses and the Primary Care Respiratory Society.

People with asthma in England are required to pay for their medication unlike those with other long-term conditions such as diabetes and epilepsy.

Meanwhile, asthma patients in Scotland, Wales and Northern Ireland get their prescriptions for free.

Nurses and other professionals such as doctors and pharmacists who took part in the research said they felt the current system in England was unfair.

Almost all – 98% – said they wanted the medical exemptions list, which determines who is eligible for free prescriptions, to be reviewed.

Most healthcare professionals – 87% – reported patients skipping their preventer medication because of the cost of prescriptions.

“I have had patients tell me they have halved their dose of preventer inhaler so it will last until pay day,” said one specialist nurse from England.

Nearly half – 48% – said patients had missed an appointment because they were worried about the cost of medications they might be prescribed.

Meanwhile, more than half of nurses from England – 58% – said their patients had suffered an asthma attack or needed emergency care because their patient had skipped medication.

Most nurses from England – 92% – said they felt prescription charges should be scrapped.

One primary care nurse from England, who said free prescriptions for asthma patients was “a must”, said her patients were often low earners and could not afford to buy an inhaler.

“They then don’t take their preventative inhaler daily, only as and when they feel their symptoms returning. This is then crisis management of their chronic condition,” she said. 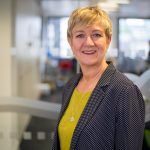 “This leads to lots of hospitalisations and many avoidable deaths,” she added.

Others said patients were borrowing inhalers from friends, family and even their own children, putting them at risk of taking the wrong medication or the wrong dose.

One healthcare professional told Asthma UK she had stumped up the cash herself for a patient’s prescription because she was worried they could not afford it.

Respiratory nurse Bonnie Beard, who features as a case study in the report, works in two GP surgeries in Essex and sees around 20 patients with asthma every week.

“Most weeks, I speak to patients whose asthma has worsened or who have had asthma attacks, sometimes requiring emergency care because they have been unable to afford to take the medication that keeps them well,” she said.

Ms Beard, who has been in nursing for more than 30 years and is a Queen’s Nurse, described how “frustrating” it was to see patients becoming unwell because they could not afford to pay for prescriptions.

“It seems unfair they have to pay when those with other long-term life-threatening conditions such as diabetes are exempt,” she said.

“Some of my patients might need as many as five prescription items but they have to wait until they get paid before they can afford to get their medicine,” she added.

“Nurses see the impact of this every day of the week”

The medical exemptions list was created more than 50 years ago. Since then treatments have significantly improved and many people have to take multiple medicines to stay well at increased cost.

Previous research by Asthma UK, published earlier this year, found 76% people with asthma said they had struggled to afford prescriptions while more than half – 57% – who pay for their medication said they had skipped taking it due to the cost.

Samantha Walker, director of research and policy at Asthma UK and a qualified nurse, said it was time policy was reviewed by government.

“It’s really worrying that nurses who are working so hard to help their patients stay well are seeing people with asthma suffer because of an outdated and unfair policy,” she said.

Asthma UK is urging nurses, other healthcare professionals and people with asthma to join its Stop Unfair Asthma Prescription Charges campaign and sign a petition. 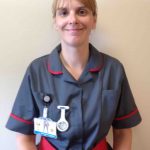 Wendy Preston, head of nursing practice at the Royal College of Nursing, said it was not acceptable that some people with long-term conditions were missing out on medication due to cost.

“Nurses see the impact of this every day of the week and know what happens when people do not take their vital medication,” she said.

“This will only make their condition worse and they will end up needing further treatment adding additional pressure the health and care system.”

Nursing Times has approached he Department of Health and Social Care for comment.

PGI coming up with mobile app to monitor asthma : The Tribune India

Benefits and Barriers of Prescription Drug Lists for Asthma Medications

Expert reveals seven tips to banish eczema from your body for...

Adult-Onset Severe Eczema Is on the Rise

Neglecting Hemorrhoids Comes at a Cost

‘I lost my left ear to my tanning addiction’